You are here: Cadaqués  /  Main Portfolio 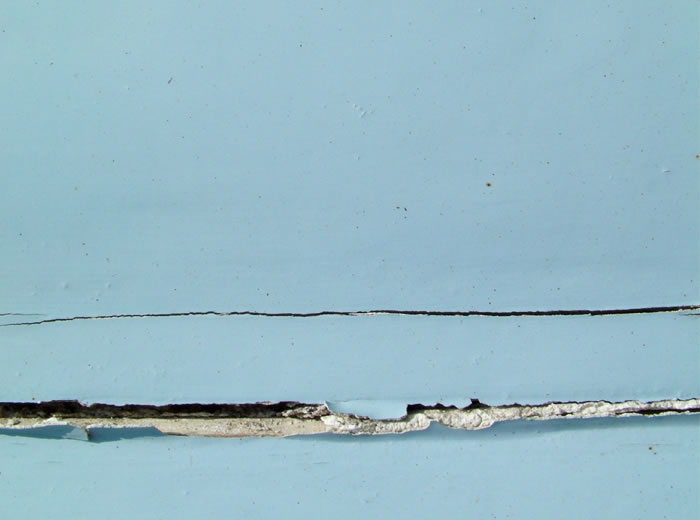 Relax, close your eyes, feel the nice breeze coming from the beach, try to listen gulls flying for the bay, smell the salt of the sea, a quiet wave is coming to the beach ... This is the beach in Cadaqués, you can now open your eyes and enjoy the photos! Serie awarded 1st prize category Fineart/abstract International Photography Awards, Los Angeles, 2007 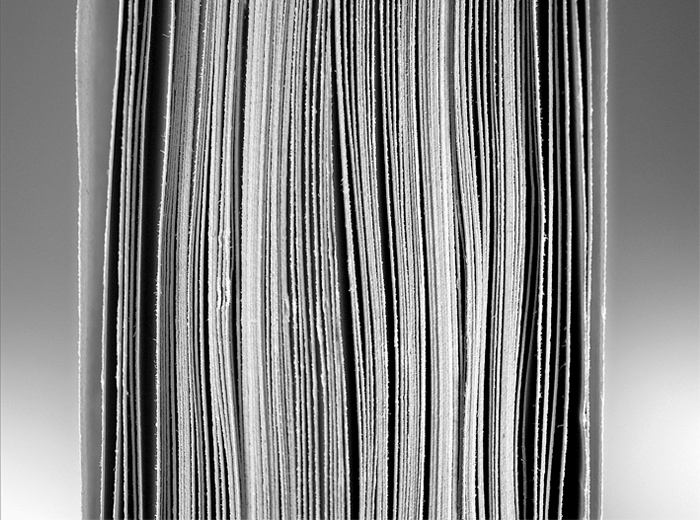 "Reading Landscapes" meant to convey the peace and quiet, at the moment of magic and serenity that can only be achieved when one reads a book. Abstract bucolic images of from relaxing landscapes of books in a small tribute to the reading, the word and the fact that unfortunately is in danger of extinction.Shown in Denver CO and awarded at the 4rth Black & White spider Awards 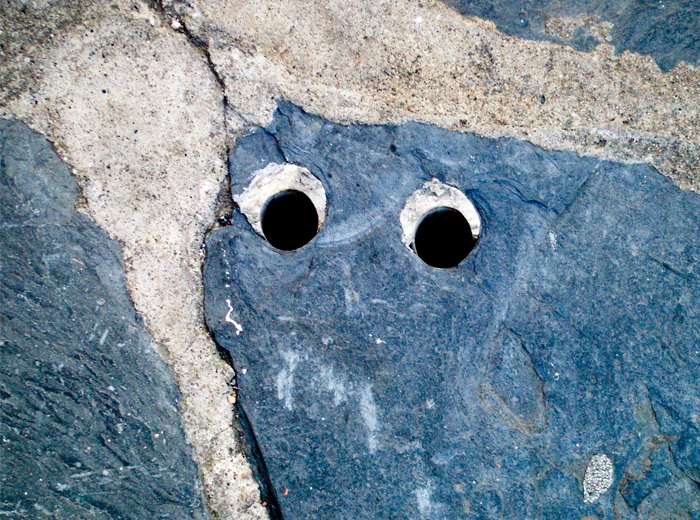 Abstract faces with personality found in walls and floors, hundreds of happy faces that want to transmit the good humour and positive spirit of Amorós. The intention is to reach the 1001 faces and edit a book "the 1001 faces". Now there are about 500, fromCadaqués, New York, Denver CO... 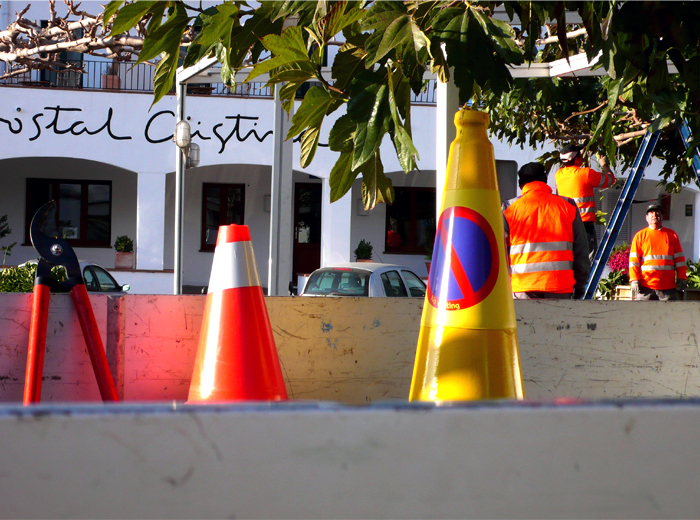 There are elements of our society that coexist with us, such as cones, so different and unique, that can be found in all kinds of situations, sometimes funny, providing the touch of eye-catching orange or industrial yellow, cones are understood as symbol of that person who goes unnoticed, that anonymous person who lives, works, take the subway, returns home, eat at the bar... anonymous characters that we have crossed a thousand times but you neither know his name as is it happens with the cones. 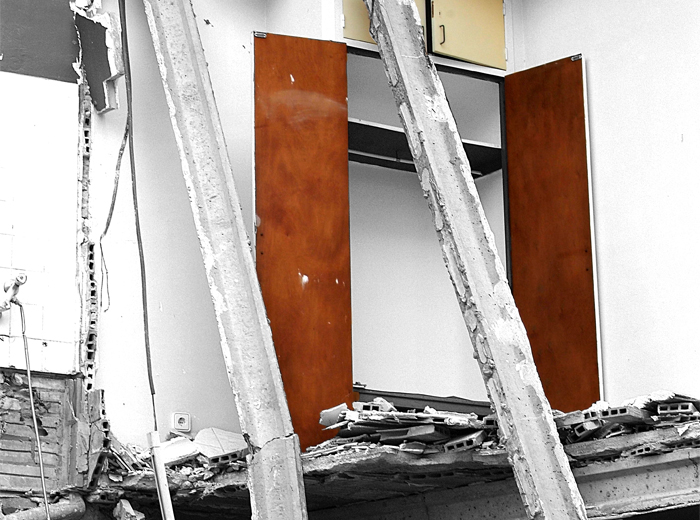 2007 in Cadaqués: historic buildings destroyed to build apartments, bulldozers and dump trucks up and down, noise and more noise for the entire town, dust, dirt, debris and waste... Despite this, I have tried to look at this reality from the aesthetic point of view, Deconstructing those ruins in such a precious and aesthetic images. 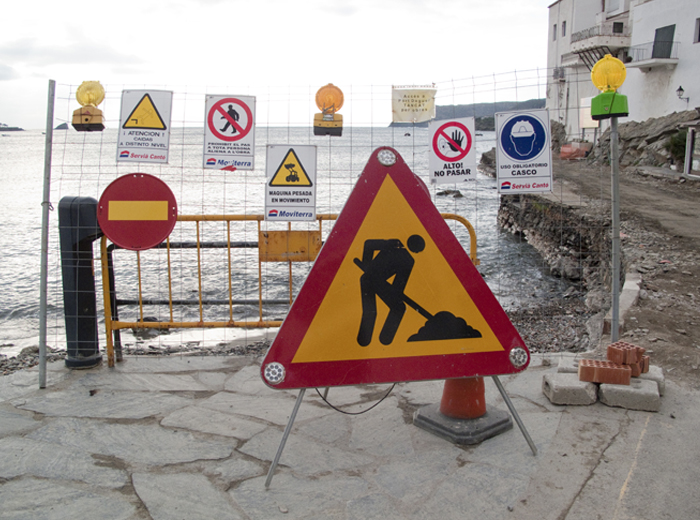 Direct messages full of color in the underworld of the construction work: signs cans, orange plastic walls , flourescent yellow warning signs, scaffoldings, warning signs ignored by most workers, a graphic iconography full and rich in colors, a range of unique colors, human and industrial, that fascinates by its contrast and direct message 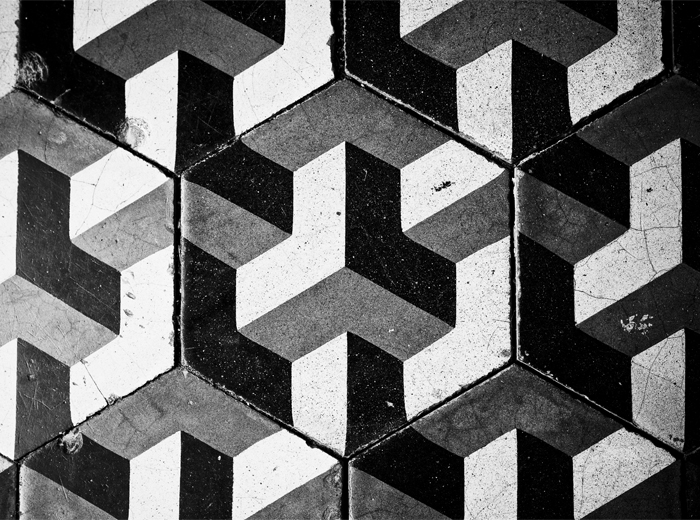 Photos with three-dimensional effect that transport us to the world of M.C. Escher in his abstract dimension.The Floorscrapers are virtual buildings that grow from the soil such as skyscrapers.If you look carefully, at a time they begin to change. Nominated serie at the 2009 London International Creative Competition. 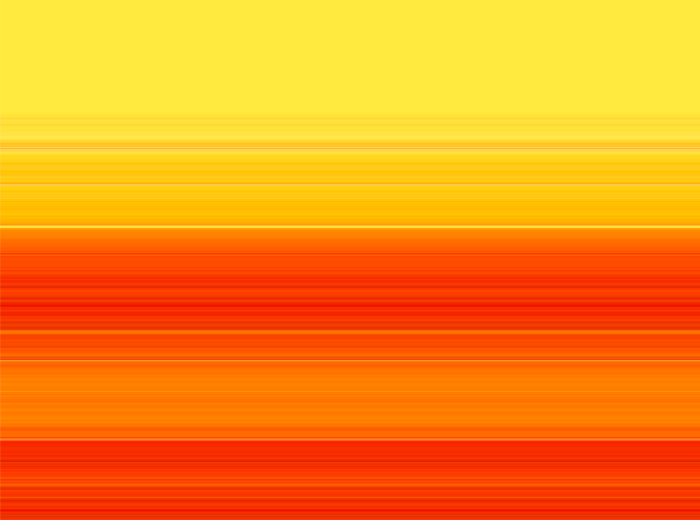 Photoshop action developed by Amorós: Based on one photo either, the SOLARIS effect analyzes the colors in the photo and defines a digital pattern of its structure and produces 4 different textures, patterns of color from the image, ultimately deconstructs the photo in its chromatic essence.In this serie there are 18 blocks of 4 photos 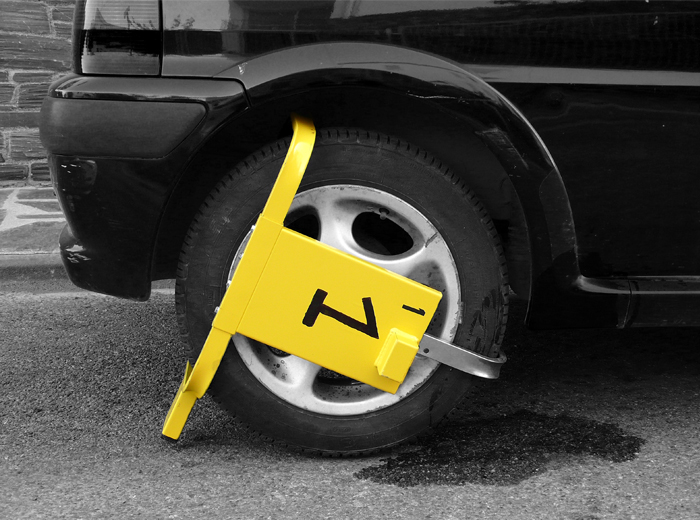 Zeppo's Collection, 2004, is an ironic serie, called pictures of "souvenir" of badly parked cars with their corresponding zeppo, industrial yellow in contrast to black and white, that transmit the state of wrath of the owner of the car when he discovers that it has been awarded with a souvenir of Cadaqués. 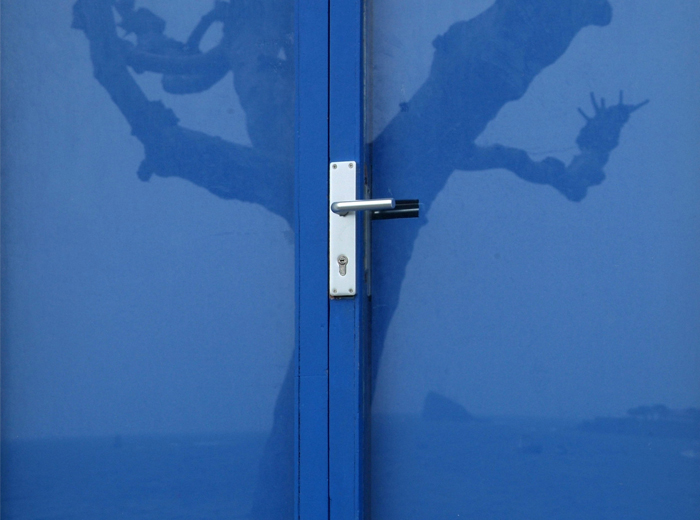 Cadaqués 2004, the centenary of the birth of Salvador Dalí in Cadaqués, I started this serie of photographs of everyday details, seen from an artistic and sometimes"surreal" point of view.Small elements or frame make up this particular view of Cadaqués. Today, the collection consists of around 1200 photos. 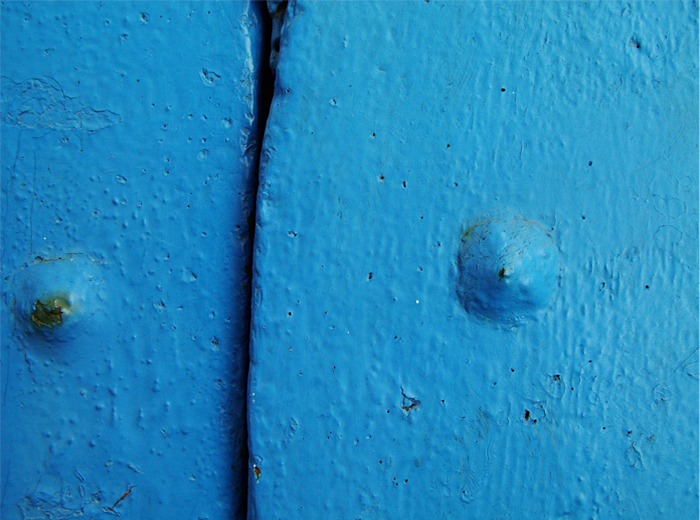 Analogies have always captivated me, to make that what you feel when you look at a photo would not be exactly what in reality it is ,is one of the core of my work, these sexual images are the product of our imagination, as use to say my friend Freud, sex is in our minds. 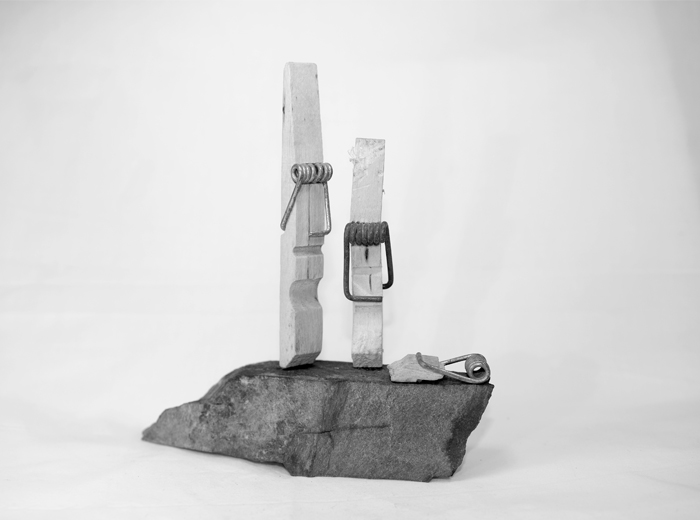 Abstract portraits of broken clothes pegs, founded in the at the clamps, this object also passes unnoticed, and both anonymous and once they break down the balconies, they begin being ignored because it does not serve anymore, a parallel view with the current consumption society, an English saying tells that pradoxaly pick up a broken peg from the street it brings prosperity, for this reason the project is also called "Prosperity project". 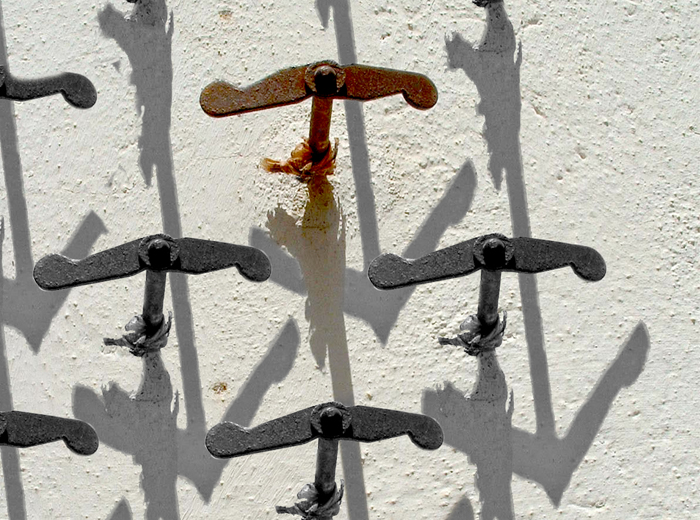 Small serie of 6 photos taken by custom in the framework of the 2005 Don Quijote year.Lookinf forvthe relationship between Cadaqués and Don Quixote I found that the "molinets" that you can find in the walls of Cadaqués become Giants and hallucinations such as those windmills that tormented the illustrious gentleman. The final work was exhibited in the exhibition "Don Quijote and the justice" in Figueres, Girona. 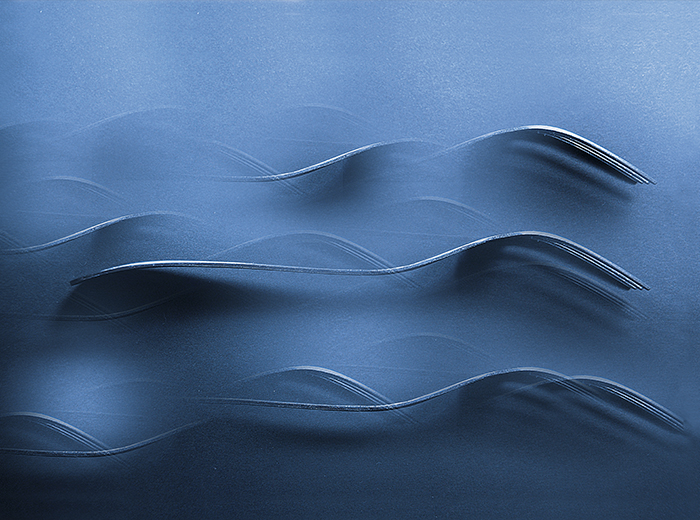 Small series of 6 photos taken by the edition of a card for the restaurant "Es Balconet" of Cadaqués, the dolphins jump from plate to plate to taste the fresh fish that walks weight blue sea of ​​Cap de Creus .../p> 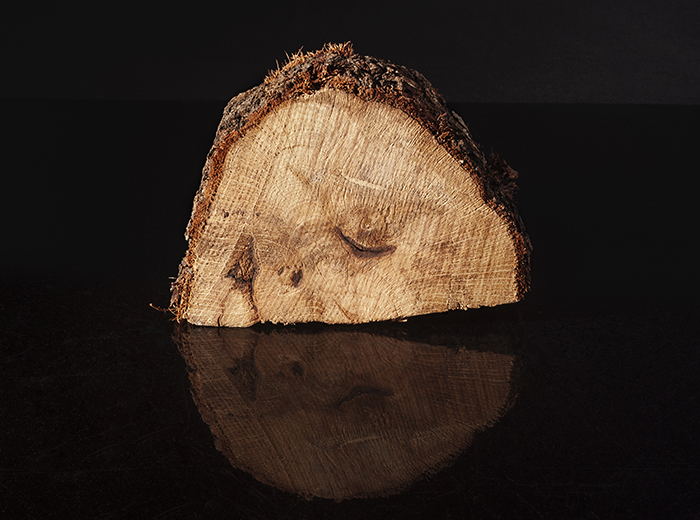 Selection of objects or ready mades reinterpreted in an abstract love vision, highlight "the Sadness" of a trunk before burning and "Zeus meditations" where a fantastic world of characters springs from the thoughts and worries of a Zeus who sees the world is not going well ... 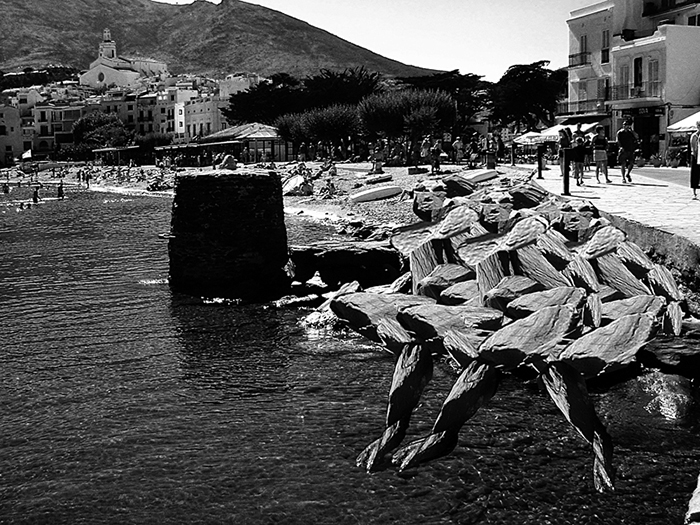 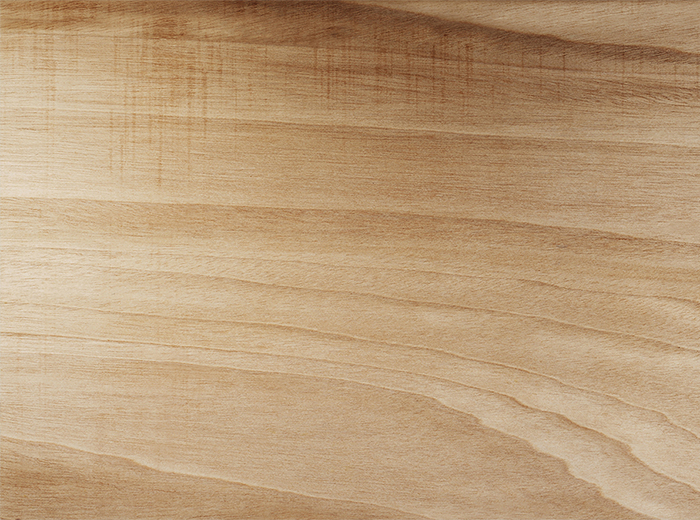 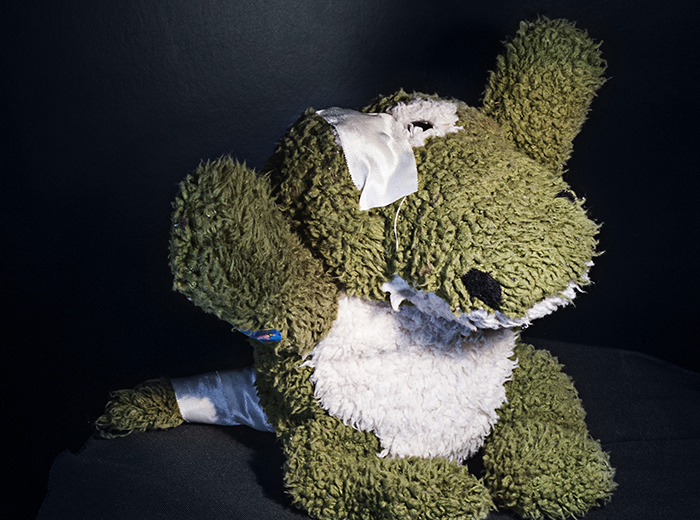 Sometimes our children reproduce what they see at home,we are used to see violence, wars and mass destruction at TV news but we donÕt realize that this children are Ògetting usedÓ to see this terrible things.